Darren Palmer has a broad portfolio, having studied fine art & graphic design, originally working in advertising and owning his own graphic design company. After succumbing to his true passion, Darren now operates his own interior design studio and has been a judge on numerous seasons of The Block.

You may have seen recently on The Block that four out of five of the homes had chevron or herringbone timber flooring. I also used it this season in the most expensive challenge room that’s ever been created on Australian television – The Block’s 1 million dollar room. This type of flooring is perceived as a luxury inclusion and below are some design insights.

The Herringbone pattern was first used by ancient Romans who realised that their roads lasted longer if the paving was facing in the same direction as traffic. By the late 1600s, wooden parquetry panels began to be used in flooring to replace marble. Chevron and Herringbone are two patterns that have been adapted in the parquetry flooring technique, which has remained popular through the ages.

The difference between Chevron and Herringbone

Chevron is a “V” shaped parquetry design, giving a zig zag pattern, where the ends are cut at 45 degrees so that they join neatly at the shortest edge of their trapezoidal shape. Herringbone, on the other hand, uses rectangular blocks, assembled in right angles to create broken ‘V’ shapes.

Parquetry has become synonymous with luxury, as it was first found in palaces, such as Versailles. The detail and craftsmanship that is required to make and lay parquetry flooring, means it comes at a higher price point and luxe appeal.

If you want to achieve a luxe look, it’s very hard to go past finishes like parquetry flooring, particularly in the herringbone or chevron patterns as they are contemporary in look but have heritage appeal. As far as a trend flooring solution goes, having a reference to something classic and enduring makes it amongst the safest of bets to aesthetically stand the test of time. 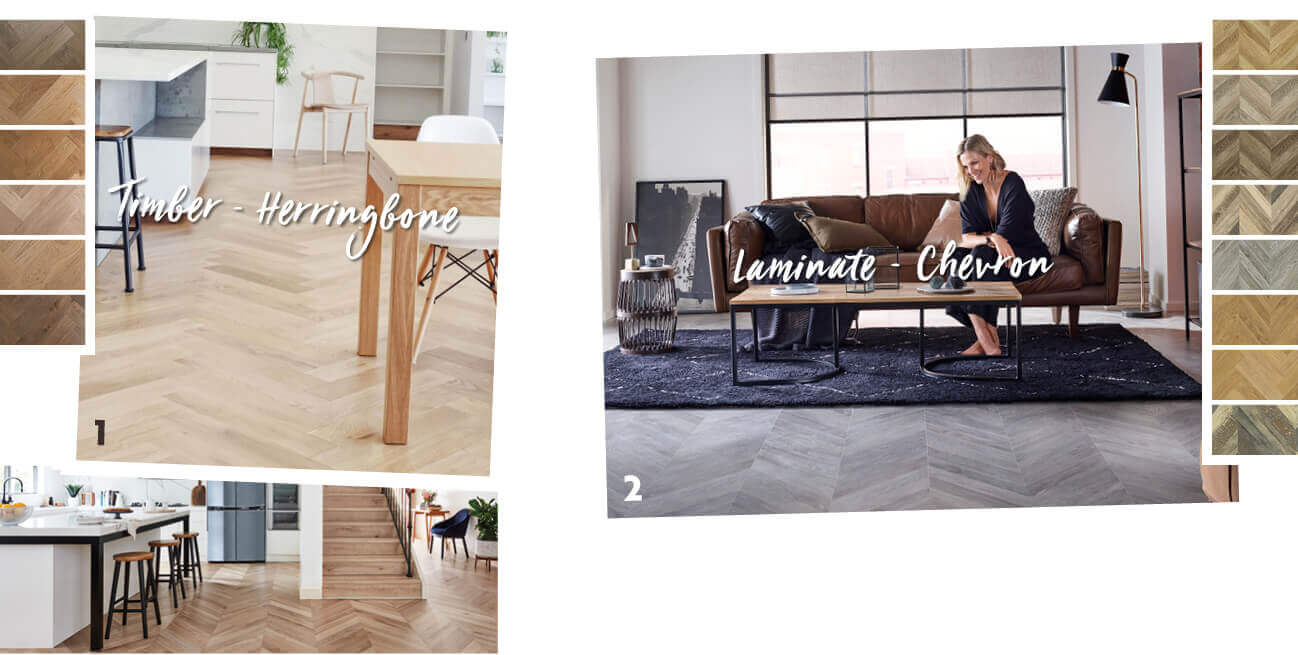 Get the Carpet Court Look